Augmented Reality or AR is a modern technology that makes the virtual world exist. It’s a technology that enhances users’ experience by overlapping audio, visual, and other perceptual data into the real world. Such domain can be used by retailers and other big giants of the industries to run innovative marketing campaigns, automate collect user data, and do much more! Since its inception, AR is being used in a wide range of industries such as education, gaming, manufacturing, automobiles, etc.

Fortunately, we are one of the leading AR companies in India that offer qualitative solutions with promising outcomes. 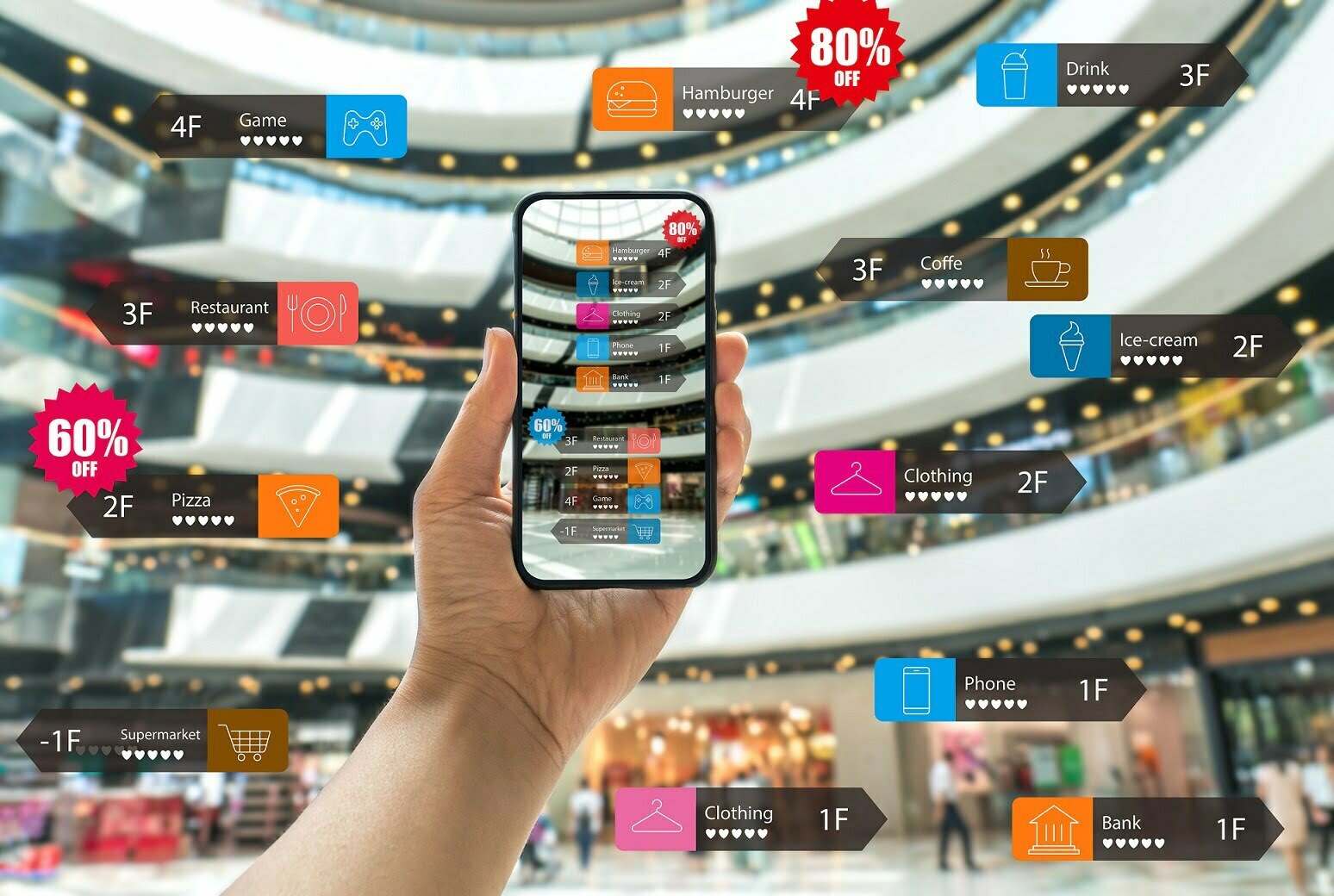 The increase in Augmented Reality Innovation has shown to be one of the top developments opening up new development focuses for organizations all over the planet. Investigators foresee that the AR market will reach $198 billion by 2025. This year, the quantity of versatile AR clients is supposed to arrive at 3.5 billion.

Augmented Reality in Retail and eCommerce

The retail business has been one of the most excited users of state-of-the-art innovation, prompting warehousing, dissemination, promotions, and client support. Buyers, on the other hand,   are complimenting more challenging.

Smart portable gadgets, for example, mobile phones and tablets, wearables, desktops, and even laptops, television, Digitally operated mirrors, Bluetooth gadgets, for example, glasses, head-mounted displays, focal points, and even AR ﬁtting rooms can be in every way used to appreciate Augmented Reality. The distraction between Augmented Reality and Virtual Reality is that AR "improves" the real world instead of "replacing" it with virtual components.

This game-changing pattern will fundamentally impact the manner in which individuals shop and upset the retail business through cutting-edge expanded reality improvement services.

As per studies, visuals are more powerful and associated with additional drawn-out periods than text. This technique is very like the way in which AR works. Expanded Reality can allow instructors to introduce virtual pictures of points and incorporate game highlights to give course book material help, making classroom teaching more awesome and intuitive. Gradually, students will actually want to learn and remember data all the more rapidly because of this.

AI-based technology is used in advanced education for a variety of purposes. College faculty use the Augmented Reality platform to include enlightenment materials and incorporate gamiﬁcation into prospectuses. Instructors can utilize AR to arise dynamic ways of thinking to help understudies handle and understand complex subjects.

Military preparation costs a large chunk of change and requires a great deal of gear in industries like aviation, aeronautics, hospitality, and the military. It is feasible to eliminate costs and make the training more interactive and reasonable with an all-around planned program.

Costs can be decreased, and preparing can be more intuitive with an all-around planned AR training program.

A user’s real world is overlaid on a pre-caused situation in an expanded reality game. The game can be just about as easy as a tabletop round of virtual checkers. More diverse AR games might deliver a world in light of the client's surroundings. In-game characters may, for instance, climb from end tables to couches on virtual scaffolds.

In-game development, building the real world is a tedious activity. There is a consistent longing for a new view since once a client has completely explored one setting; they need to continue on to another. Expanded Reality gaming widens the battleground by using a variety of certiﬁable conditions to keep games new.

We as one of the premier Augmented Reality development organizations give the best AR gaming solutions to our valuable customers.

Being one of the top Augmented Reality development companies, we bring the latest and vast expertise to deliver the most frictionless and satisfying outcomes.

Our team includes AR developers with extensive knowledge of the technology and architecture that provide a complete AR Solution.

Aatral works around the clock to provide the best possible result at the lowest possible cost without compromising on the quality of AR results.

Aatral is a Deep Tech XR Company, with roots established in 2018 where the journey began, driven by a passion for Creativity and Experiences